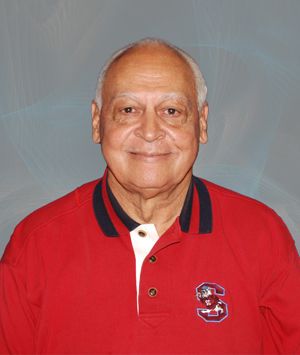 Willie Jeffries completed an illustrious career as head football coach at South Carolina State in 2001, when he retired as Bulldog mentor after 19 seasons. His final Bulldog team rebounded from a 1-5 start to finish 6-5 and send the Bulldog alumnus out a winner. In 2010 Jeffries was named SC State Head Football Coach Emeritus and inducted into the College Football Hall of Fame. The SC State alumnus also had the field at Oliver C. Dawson named for him and earned “Person of the Year” accolades from the Times and Democrat newspaper in Orangeburg.

Coach Jeffries made history in 1979 when he became the first African American head football coach in Division I football upon taking the job at Wichita State. During his remarkable 29-year collegiate head-coaching career, which included five-year stints each at Wichita State and Howard, Jeffries compiled a 179-132-6 record. His incredible resume included six Mid-Eastern Athletic Conference championships, two national titles, several post season appearances, and numerous coaching awards. Jeffries won almost 60 percent of the college games he coached, which made him the “winningest” coach in the 107-year history of SCSU and owner of more MEAC victories than any other coach.

In 2007, he was named Vice President of the South Carolina Athletic Hall of fame and he received the Pioneer Award from the University of South Carolina’s Department of Entertainment and Sports Management.  In 2009, he was inducted into the National HBCU Alumni Hall of Fame.  Most recently, in November, 2010 named the football field at Olive C. Dawson Stadium in his honor. He is a member of several coaching, professional and civic organizations, including the American Football Coaches Association and Kappa Alpha Psi Fraternity, Inc.  He has also served on the NCAA Football Rules Committee.

He is also in the SCSU Athletic Hall of Fame, the South Carolina Athletic Hall of Fame, and the MEAC Hall of Fame.   Jeffries has received numerous honors, including the Order of the Silver Crescent, the Palmetto State’s highest award for outstanding community service.  He also received the Order of the Palmetto, the state’s highest civilian award and the Patriot’s Award, the highest award given by the Lieutenant Governor’s Office.  Moreover, a scholarship fund and endowment have been established in his name at SCSU.  During the 2002 school year, he was honored by the Black Coaches’ Association (BCA) with a lifetime achievement award and inducted into the Palmetto State’s Black Hall of Fame.

He is married to the former Mary Cauthen of Lancaster, SC and they have three children, Valorie, Willie Jr., and Tamara.