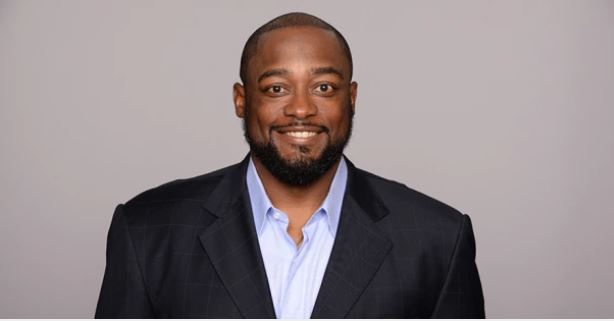 Tomlin became the youngest head coach in NFL history to both coach in and win a Super Bowl when he led the Steelers to a 27-23 victory over the Arizona Cardinals in Super Bowl XLIII (36 years, 323 days). By winning the Super Bowl in only his second season as a head coach, he also became the fastest to win a Super Bowl title in Steelers history.In his 13 years as head coach of the Steelers, Tomlin has led Pittsburgh to six AFC North titles, most recently in 2017, and has guided the Steelers to the playoffs eight times, including two trips to the Super Bowl (XLIII and XLV). Tomlin has won at least five home games in each of his first 13 years, including five at Heinz Field in 2019.

Tomlin has sent a total of 61 selections to the NFL’s annual Pro Bowl, including the five players who received Pro Bowl honors for the 2019 season. Additionally, Tomlin was appointed by Commissioner Roger Goodell to the NFL’s Competition Committee in March 2013.

Tomlin is one of only eight coaches in League history to win a Super Bowl within his first two seasons as an NFL head coach.

Tomlin has led Pittsburgh to a 133-74-1 record in the regular season since becoming the team’s head coach in 2007 – the second-best record in the NFL during that time span. His 133-74-1 regular-season record (.642) is the best start in franchise history.

Tomlin secured his 13th straight non-losing season with the Steelers’ eighth win in 2019, a 23-17 win at Arizona in Week 14, a streak dating back to his first season as the team’s head coach in 2007. Tomlin is one of three head coaches in NFL history to begin a head coaching tenure with at least 13 consecutive non-losing seasons.

Tomlin was the NFL’s second-youngest head coach in 2007, and he became only the second Steelers coach in team history to win at least 10 games during his first year at the helm. The Steelers posted a 7-1 record at home in 2007 and were 5-1 in the AFC North (3-0 at home).

Tomlin spent the 2006 season as the Minnesota Vikings’ defensive coordinator. Tomlin was the defensive backs coach with the Tampa Bay Buccaneers from 2001-05. In 2002, Tomlin guided one of the most productive defensive backfields in the NFL, culminating with its performance in Super Bowl XXXVII. The secondary recorded four of the team’s five interceptions, returning two for touchdowns, to help Tampa Bay capture the franchise’s first Super Bowl title.

Before joining Tampa Bay’s staff, Tomlin served two seasons as the defensive backs coach at the University of Cincinnati (1999-00). He took over a secondary that ranked 111th in the nation in pass defense in 1998 and helped them improve to 61st overall in his first season. Under Tomlin’s direction in 2000, the Bearcats ranked eighth in the nation in interceptions as well as fourth nationally in total turnovers.

Prior to joining the Cincinnati staff, Tomlin had a short stint on the coaching staff at Tennessee-Martin and then spent two seasons at Arkansas State, coaching wide receivers in 1997 before switching to defensive backs in 1998.

Tomlin spent the 1996 season as a graduate assistant at the University of Memphis, where he worked with the Tiger defensive backs and special teams units. He began his coaching career in 1995 as wide receivers coach at Virginia Military Institute.

Tomlin was a three-year starter at wide receiver at William & Mary (1990-94) and finished his career with 101 receptions for 2,054 yards and 20 TD catches. A first-team All-Yankee Conference selection in 1994, he established a school record with a 20.2 yards-per-catch average.

Tomlin is very active in the community and was recognized, along with his wife Kiya, in February 2013, by the Chuck Cooper Foundation with the Career Achievement in Leadership Diversity and Community Service Award. Tomlin also participates in the annual ManUp Pittsburgh conference which encourages local men to be better fathers and role models.