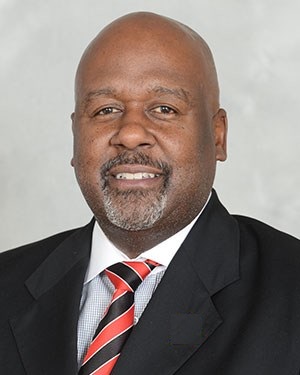 Michael Locksley returned home to become the University of Maryland’s 37th head football coach in December 2018. Locksley, a Washington, D.C. native with deep personal and professional connections to the area, brings over 20 years of coaching experience, including two separate stints at Maryland, totalling 10 years with the Terps.

The winner of the 2018 Broyles Award, given to the nation’s top assistant coach, Locksley has spent the last three years working under Nick Saban at the University of Alabama. He served as the Crimson Tide’s co-offensive coordinator and won a national championship last season before being promoted to offensive coordinator in February of 2018 and helping Alabama return to the College Football Playoff.


Locksley, known for strong recruiting skills, was listed as a top-25 recruiter in the nation three different times (2003, 2005, 2006) and was a finalist for 2007 recruiter of the year by Rivals.com. He also engineered top-10 recruiting classes during each of his two seasons (2003-04) as running backs coach and recruiting coordinator at the University of Florida.

In 2017, Locksley coached the Alabama wide receivers, who combined to catch 128 passes for 2,059 yards and 19 touchdowns led by First Team All-SEC selection Calvin Ridley. Ridley hauled in 63 passes for 967 yards and five touchdowns in his junior season. Locksley spent the 2016 season on the Crimson Tide’s staff as an offensive analyst.

Prior to Alabama, Locksley served as Maryland’s offensive coordinator and quarterbacks coach from 2012-15. He was named the Terps interim head coach for the final six games of the 2015 season.

In 2013, Locksley guided an offense that eclipsed 5,000 yards (5,160) for only the fourth time in program history and the first time since 2003. The passing game excelled that season, totaling 3,231 yards for the third-highest total in school history.

Under Locksley’s offensive plan, wide receiver Arrelious Benn was a first team all-conference pick as a sophomore in 2008 after leading the league in receiving yards (1,055). He went on to become a second-round pick of the Tampa Bay Buccaneers in the 2010 NFL Draft.

The 2007 Illinois offense became just the third unit in school history to surpass the 5,000-yard mark and first to top 3,000 rushing yards. Led by Big Ten Offensive Player of the Year Rashard Mendenhall, the Illini led the league in rushing for the second straight year and finished fifth nationally at 256.7 yards a game.

Illinois played USC in the 2008 Rose Bowl and finished the season ranked 18th in the nation in the ESPN/USA Today Coaches’ poll and 20th by the Associated Press following a 9-4 season. In 2006, Locksley led an Illinois offense that paced the Big Ten and ranked 10th in the nation in rushing, averaging 188.8 yards.

Locksley spent the 2003 and 2004 seasons at the University of Florida as the running backs coach and recruiting coordinator. In 2004, Gators’ running back Ciatrick Fason led the SEC and ranked 19th in the NCAA in rushing (105.6 yards a game) on his way to second-team all-league honors.

In his first stint at Maryland from 1997-2002, Locksley enjoyed success both recruiting and grooming players in College Park. He oversaw the running backs during his entire tenure, including the final five as recruiting coordinator. Three different running backs – Chris Downs, Bruce Perry and LaMont Jordan – gained more than 1,000 yards and were named First Team All-Atlantic Coast Conference.

He began his coaching career at Towson in 1992, where he coached defensive backs and special teams, followed by two seasons at the U.S. Naval Academy Preparatory School. He coached outside linebackers at the University of the Pacific in 1995 and then coached wide receivers and tight ends at Army in 1996.

Locksley played safety at Towson University, where he was the team’s defensive MVP as a senior in 1991. He finished his career ranked 19th on the school’s all-time tackles list and graduated with a bachelor’s degree in business administration and marketing.

Locksley and his wife, Kia, have four children: Mike Jr., Kai, Kori and the late Meiko.