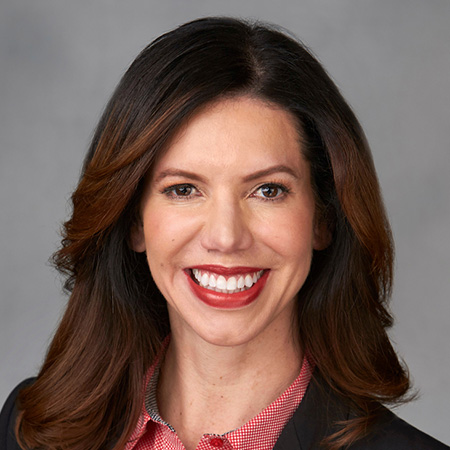 Since arriving in Las Vegas as the Director of Athletics in June 2017, Desiree Reed-Francois has transformed UNLV Athletics, spearheading a department culture change and emphasizing student-athlete welfare.

Reed-Francois, the first Hispanic female and woman of color athletics director at the FBS level, was instrumental in installing a new student-athlete focused model with collectively established core values. A former student-athlete at UCLA (club rowing), Reed-Francois is a strong advocate for student-athletes and understands the importance of leadership development and mentorship in ensuring their future success.

Focusing on providing a first-class holistic student-athlete experience, Reed Francois instituted a new administrative structure with staff additions. Innovative student-centered programs and a renewed focus on academic achievement led to collective student-athlete grade point averages of 3.0 or greater in each of the last four semesters – firsts in the history of UNLV Athletics.

Under Reed-Francois, with a focus on building a solid fiscal foundation and business operation, the department’s finance office was rebuilt and the budget successfully balanced in both of her first two years at UNLV.

In July 2019, Reed-Francois introduced a new apparel contract with Nike, which includes one of the largest annual product allotments from the company in the Mountain West Conference.

The Rebel Athletic Fund’s Drive for 5 campaign, launched in Spring 2018, has resulted in a 30% increase in the number of donors boosting the annual fund total to its highest ever. In September 2018, Reed-Francois announced the largest corporate financial commitment in UNLV Athletics’ history. In 2017, Reed-Francois announced a 10-year multimedia rights deal with Learfield, which is the largest in the Mountain West Conference from a revenue standpoint. In January 2018, UNLV broke ground on the new, $34 million Fertitta Football Complex, which is scheduled to open in Fall 2019, and she was instrumental in successfully negotiating the Joint Use Agreement with the NFL’s Oakland Raiders for UNLV’s use in the new $1.8 billion Las Vegas Stadium, opening in August 2020. Overall, UNLV Athletics is currently involved in facilities projects totaling $2.044 billion.

On the fields, courts, tracks, pools and courses of competition, UNLV captured a Mountain West leading five team championships in 2017-18. With an emphasis on strategic marketing, many UNLV sports programs have witnessed a rise in attendance and the fan experience has also been a point of emphasis under Reed-Francois, with consistent surveying and year-over-year improvements.

Reed-Francois came to UNLV with more than two decades of experience in athletics administration, most recently serving at Virginia Tech as executive associate athletics director and later as deputy athletics director. As second-in-command to the athletics director, she was responsible for external relations and day-to-day operations for 22 sports, more than 600 student-athletes, and 14 facilities. An administrator with an eye toward balancing the complex external and internal facets of a Power Five athletics department, Reed-Francois partnered on budget development for all athletics units at Virginia Tech, prepared the department’s facilities master plan, redesigned fundraising strategy, and revitalized the university’s student-athlete success program.

Prior to Virginia Tech, Reed-Francois spent two years at the University of Cincinnati as senior associate athletics director and senior woman administrator. There, she was a member of the executive staff and was responsible for external affairs, football oversight and the negotiation of the university’s contract with the Cincinnati Bengals for use of Paul Brown Stadium during a campus stadium renovation. She also served for a period in 2014 as interim athletics director.

Reed-Francois and her husband, Joshua, have a son, Jackson (15).