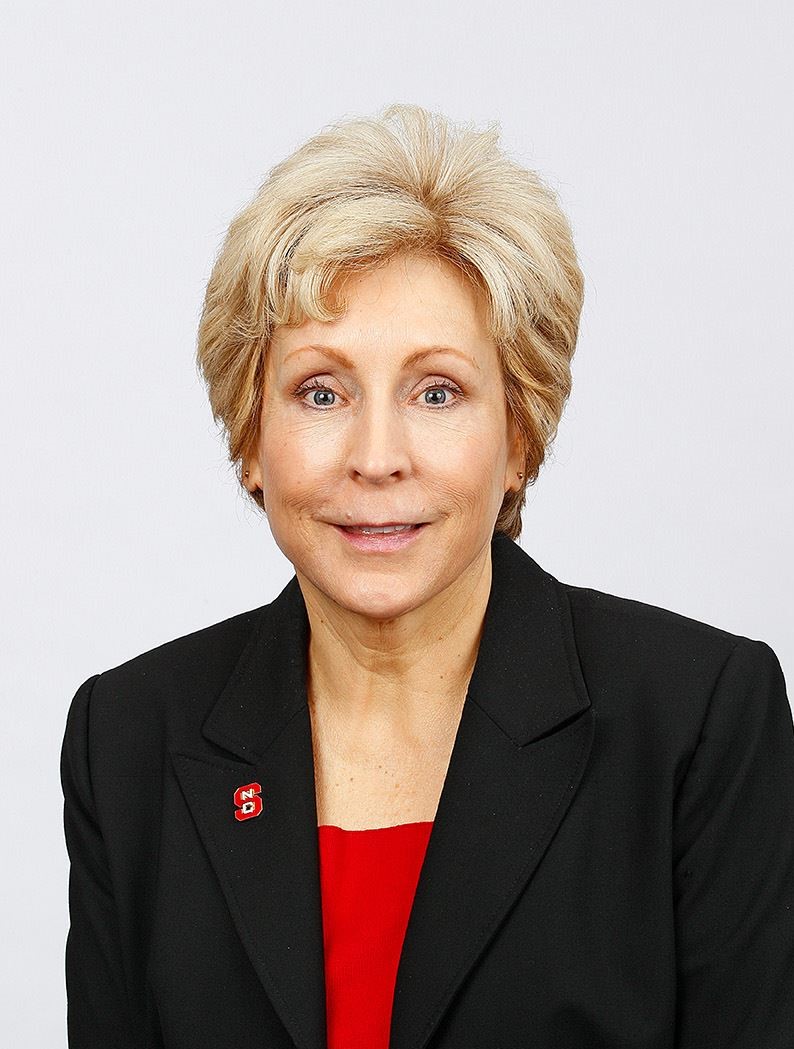 Deborah Yow served for 29 years as a Division I Director of Athletics, following eight years as a Division I women’s basketball coach. She is considered a pioneer in both careers, posting a
70% winning record as a head coach at Kentucky, ORU and the University of Florida and taking all three programs to their first-ever ranking in the national Top 20.

Street and Smith’s Sports Business Journal and the Chronicle of Higher Education have each cited Yow among the most influential people in college athletics. The ACC’s first female AD, Yow is a pioneer, role model and mentor within the industry. In 2019, she was the recipient of NACDA’s Corbett Award, the highest administrative recognition in collegiate athletics. She was also named in 2019 as the first-ever female to receive the National Football Foundation’s John Toner award for administrative support for collegiate football, as well as the
Under Armour Athletic Director of the Year.

She began her work as an AD at Saint Louis University, where her hire of Coach Charlie
Spoonhour resurrected the men’s basketball program, resulting in his selection as National Coach of the Year after only two seasons at the helm. In 1994, she accepted the Athletic Director position at the University of Maryland. Under her leadership, Maryland’s varsity programs won a remarkable 20 national championships and established the all-time best federal graduation rate of 80 percent. In 2009, the NCAA News named Maryland as one of the Top 10 athletics programs in the nation.In 2010, she returned to her home state to lead the NC State Wolfpack for 9 years, making a transformational leap in the national Director’s Cup rankings for competitive excellence from #89 in 2010 to #15 in 2018.

Debbie has served as President of the National Association of Collegiate Directors of Athletics and as the only female President for the Division 1 AD’s Association, (now LEAD1), comprised of the Power Five institutions. She has co-authored books on strategic planning and human behavior to inform and inspire athletics professionals, delivering presentations in prestigious settings such as Harvard University and NACDA, among numerous others. She has been inducted into six Halls of Fame, including the North Carolina Sports Hall of Fame. LEAD1 Deborah Yow established the Deborah A. Yow Scholarship, to be awarded to a female selected to attend the annual LEAD1 Institute, held each Summer for aspiring ADs.

She holds an English degree from Elon University and a master’s in Counseling from Liberty University, as well as three honorary doctorates for lifetime achievement. Debbie completed her fulltime work as an AD in the Spring of 2019 and now serves as a consultant. She is married to Dr. William W. Bowden.