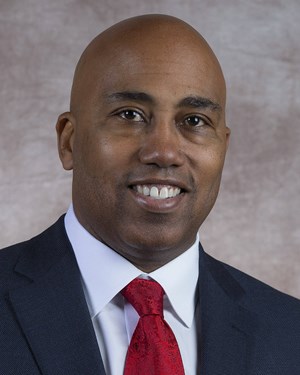 Stewart most recently coached the defensive backs with the Detroit Lions from 2018-19. Stewart joined the Lions coaching staff in 2018 with an extensive background on the defensive side of the football, primarily in the secondary. Before returning to the NFL, Stewart spent eight consecutive years in the collegiate ranks (2010-17). Prior to Detroit, he most recently served as the defensive coordinator and interim head coach at Rice University in 2017.

Prior to Rice, Stewart coached at the University of Nebraska for two seasons (2015-16), working with the team’s defensive backs. He joined the Cornhuskers staff after spending three seasons at the University of Maryland (2012-14) where he served as the team’s defensive coordinator. In his three seasons at Maryland, Stewart’s defense tallied more than 30 sacks in two separate seasons, along with helping lead the Terrapins to a pair of bowl appearances. In Stewart’s first year at Maryland in 2012, his defense finished in the top three in the ACC in total defense (21st nationally), rushing defense and pass defense.

After working as a defensive assistant for the Philadelphia Eagles in 2009, Stewart returned to the college ranks for the first time in eight years, after being named defensive coordinator at the University of Houston. During his tenure (2010-11), the Cougars finished with a 13-1 record and No. 14 ranking in 2011. Additionally, Houston ranked in the top 15 nationally in red zone scoring, interceptions, tackles for loss, takeaways and opponent completion percentage in 2011.

Prior to Houston, Stewart spent eight years in the NFL, including a two-year stint (2007-08) as the Dallas Cowboys defensive coordinator. During his time in Dallas, Stewart’s defense finished in the top 10 in fewest yards allowed in each of his two seasons, respectively, marked by a 13-3 record and NFC East divisional title in 2007.

Stewart also served as the defensive backs coach with the San Diego Chargers (2004-06). He earned his start as an NFL coach when he served on the Houston Texans coaching staff in the team’s first two seasons as an expansion club (2002-03). He began his coaching career at Cal Poly where he coached wide receivers and running backs from 1992-93. His background as a collegiate coach also includes stints at Missouri (1999-2000), San Jose State (1997-98), Syracuse (2001) and Northern Arizona (1994-95).

Stewart graduated from Northern Arizona in 1995 with a degree in criminal justice. He and his wife, Kimberly, have three daughters, Leila, Mya and Zara.